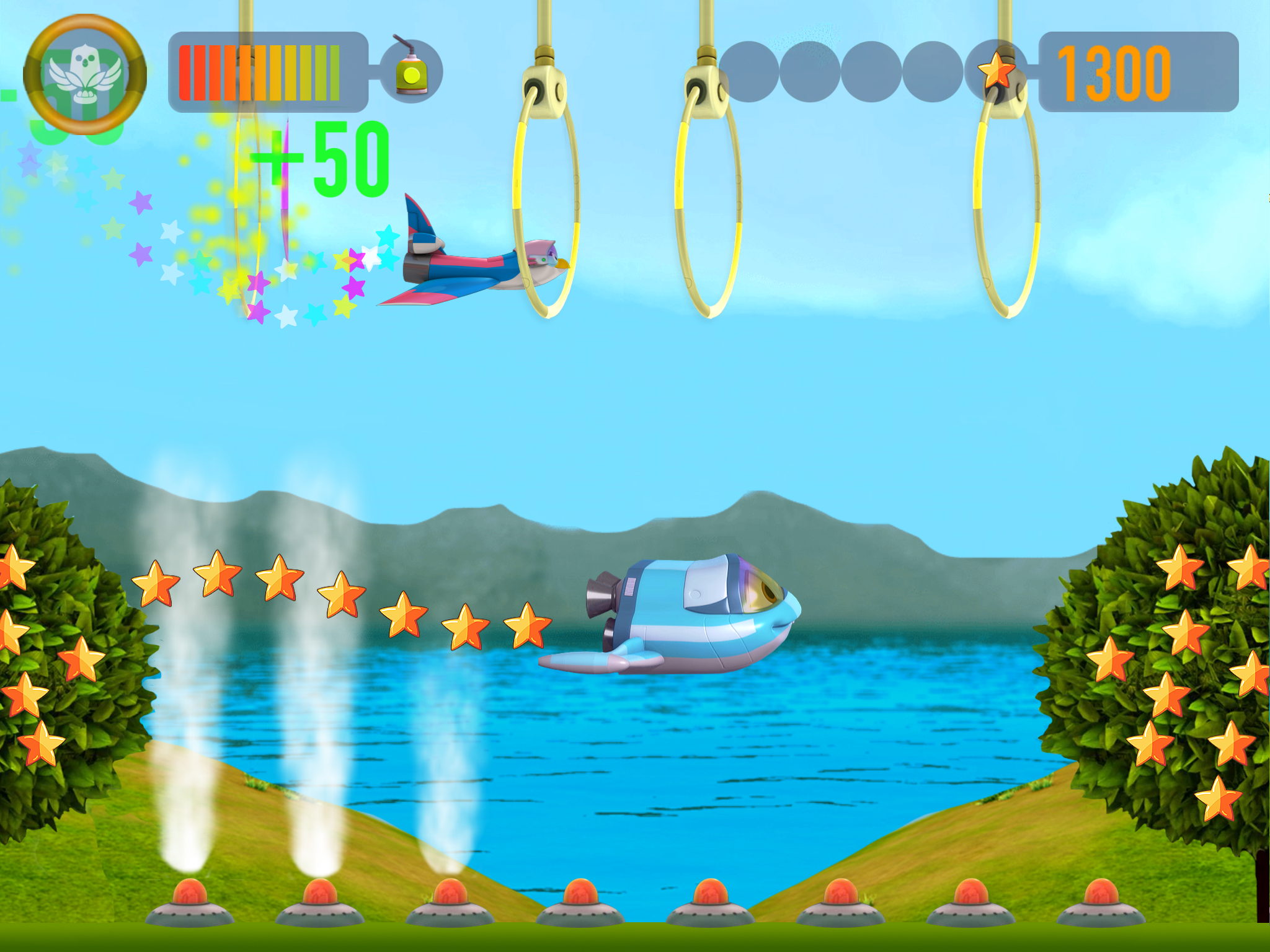 Space Racers™, the animated, preschool television series produced in collaboration with NASA experts, presents a fun game for 4-6 year olds and kids of all ages!

Space Racers! is available on the App Store, on Google Play, and on Amazon.

A twist on the traditional flying game, kids can tag-team between four characters — Eagle, Robyn, Hawk, and Starling — as they soar through space and around Stardust Bay, collecting stars and avoiding obstacles…just don’t run out of fuel!

Through self-directed play, children will explore the concept of cause and effect as they pilot spaceships through a progressively challenging – and engaging – obstacle course.

The Space Racers!™ app was designed and produced by THIRTEEN Productions LLC, and Bluemarker, LLC for Space Race, LLC.

Want to stay updated on Space Racers events and promotions?
Planning a science-themed event of your own?